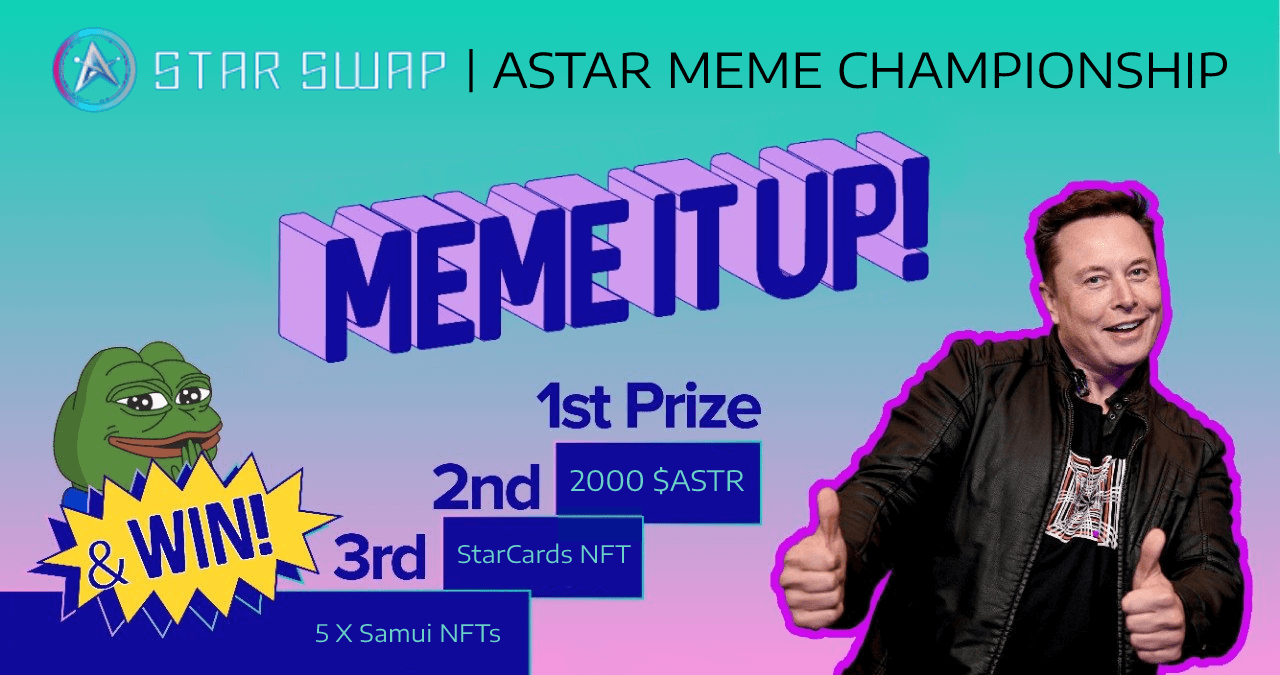 StarSwap, the popular DEX on Astar Network has announced their plans to bring a Meme championship to Astar to create some fun and entertainment while the community sail through these highly volatile times.

They have mentioned it is not a simple contest, but a championship with two rounds. 20 Winners from the first round will be selected and they compete against each other in the final round.

In the final round participants can win:

Winners are selected according to the total engagement their memes get (number of likes, shares and replies on twitter ~ number of reactions on discord). If you post multiple memes (which will increase your chances to win), your score will be the score of the meme with the best engagement.

Tips: Your meme can be about StarSwap or  Astar in general, but you’ll probably want to flatter the StarSwap community because they will account for a lot of the votes. Votes on Twitter AND Discord count for winning so you’ll want to increase your reach with hashtags, tagging friends etc. So make sure to invite your friends now so they can help you win after the elimination round!

*Participants must be following @StarSwap on Twitter and be a member in our Discord to be eligible.