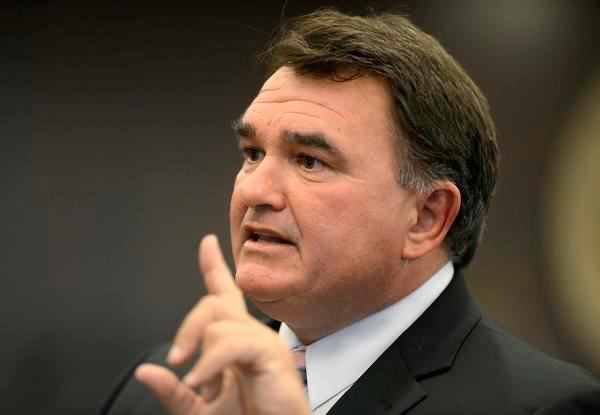 The word tenacity has continuously defined the life of Michael Molfetta and his path to success. The litigation attorney is not your average lawyer; he has been lead counsel in nearly 300 jury trials, founded Molfetta Law, was a founding partner of CRM Sports Advisors, and fulfills the CEO role at Invictus Sports Management. As passions for law and sports collide, how did Molfetta find himself at such a crossroads in these two leadership positions?

Molfetta recalls his first life passion being that of sports. In the 1980s, Molfetta attended Occidental College and played American football in Europe before graduating in 1986 with a bachelor’s degree in Political Science and Philosophy. Sports became his ticket for traveling around Europe as a student. He played American football in Italy, Sweden, the United Kingdom, and even at the Olympic stadium in Helsinki, Finland. In addition to his collegiate football career, Molfetta also played rugby in the United States and internationally.

After graduation, Molfetta found himself back in California, and that was when the spark that would ignite his successful law profession began after a conversation with his father. Molfetta remembers how his younger self considered his father as both his inspiration and role model.

“When I returned to California after graduating from Occidental College, my father encouraged me to start focusing on choosing and developing a career. His words influenced me to act on my decision to enter Southwestern Law School,” said Michael Molfetta, head of Molfetta Law.

During his second year at Southwestern Law School, Molfetta accepted a summer job at the Orange County District Attorney’s office. Low and behold, this summer revealed to Molfetta that he did have a second passion and that passion was law.

“I agreed to clerk for the DA office over the summer, and I fell in love with it. It was the closest thing I found to sports in the law – it was competitive, it got heated,” said Molfetta.

Molfetta was a certified law clerk at the DA’s office and spent the summer prosecuting traffic offenders with a trial date. He took on an extremely competitive edge, similar to his approach in sports, and treated traffic violations with the utmost seriousness. While busy learning the beginning, middle, and end process of prosecuting traffic offenders, Molfetta also crossed paths with Jeoff Robinson, the man who became Molfetta’s mentor, the reason for wanting to become a prosecutor, and even the godfather to Molfetta’s future daughter.

Robinson at the time was Orange County’s reputable homicide prosecutor. He took Molfetta “under his wing,” letting Molfetta argue for him and teaching Molfetta the ins and outs to what the job entailed, including how to try a case, judge and utilize the human experience, and gain the jury’s trust by practicing authenticity. It was not long until the light bulb clicked for Molfetta, and his career path became clear. He sought and received approval for a fall internship at the Orange County’s DA office and remained there after graduating from law school and receiving his Juris Doctorate in 1990.

Five years of prosecuting at the Orange County DA office would lead to Molfetta changing courses to private legal practice. However, before starting his new direction, Molfetta’s leadership skills excelled during those five years, leading him to be the Deputy District Attorney in Orange County and was “1994 Prosecutor of the Year.”

Thus was the beginning of Molfetta Law, where Molfetta skyrocketed his career and jury trial experience representing clients in complex civil and criminal cases. His thirty-plus years of expertise and leadership skills led him to guest interviews on every major network as a legal expert and legal correspondent. He was considered a regular on ABC’s World News Tonight and ABC News Magazines and made appearances on Larry King Live, Nancy Grace, Dateline, 20/20, Geraldo Rivera, and others.

Black eyes, cuts, and one time a broken neck, all from playing rugby, did not hold Molfetta back from trying a case and pushing on with persistence, determination, and commitment. Though his passion for law grew immensely, Molfetta never lost his love for sports, which is why his career is now intertwining the two.

As his father inspired him to act on his decision to seek a career in the legal field, his son, a baseball athlete at Stanford, motivated him to merge his two passions of law and sports. Molfetta’s leadership grit and problem-solving skills fed into growing an entrepreneurial mindset, driving him to be the founding partner of CRM Sports Advisors and CEO of Invictus Sports Management, an elite full-service professional athlete representation, and management firm. Under Molfetta’s leadership, Invictus excels at MLB Draft preparation, contracts negotiation, training, post-career planning, and marketing and professional services.

Today, Michael Moleffeta remains as determined as ever in his dual roles as head of Molfetta Law and CEO of Invictus Sports Management, committed to providing unparalleled service to his clients, whether in the legal field or the sports arena.