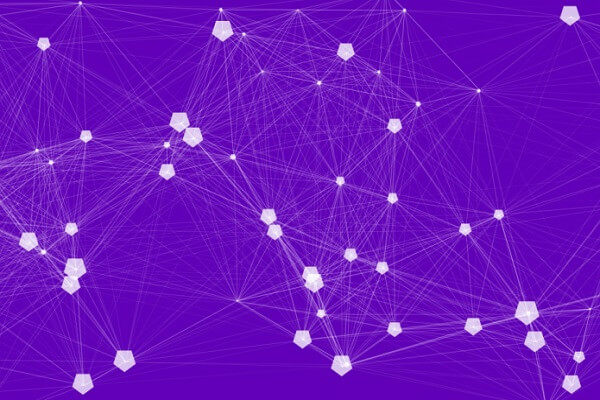 The internet of money is here and its arrival has created a fear of potentially the inevitable; a global society that can go about normal business without the involvement of traditional finance systems. The rise of blockchain technology enables the termination of the middleman and automation of manual processes, but it is yet to be seen if it can scale.

The use of distributed ledger technology such as blockchain could dramatically change the banking sector, even becoming a new model of banking. Here are a few reasons why.

According to the World Economic Forum, it is estimated that by 2027,10% of the worldwide GDP will be stored through blockchain. This will be done mainly through the use of cryptocurrencies. Cryptocurrencies, unlike traditional money, facilitate speedy and secure transactions.

The traditional financial system is associated with long wait times when it comes to validating transactions plus high fees are charged since banks act as middlemen. The blockchain territory handles this issue permanently. Transactions are validated round the clock, 24 hours a day, 7 days a week. This means that processes or transactions are completed in seconds or a few hours. The fees charged are lower compared to dealing with banking middlemen.

It still takes about three days for a bank transfer to be completed. This is because banks have to communicate with each other about where the money should go. Both banks will charge you for every step they take. There are many players, many processes and definitely, this is a costly affair. At most, you will have to pay 7% to cover the cost of these cross border payments.

Companies that want a permanent solution are opting for blockchain processes. This is cheaper, secure, fast and transparent. The platform allows the sender and receiver to transact directly. All the data is stored in the network and payments cannot be reversed. According to Deloitte, blockchain technology allows businesses and individuals to transact within seconds and this reduces the cost up to 40-80%, (source)

Currently, about 30% of global organizations are experimenting with blockchain and here is why:

Blockchain payments are cost-effective. Users don’t pay transfer fees to third parties. At times you only pay a single nominal fee or zero rates. All blockchain payments are completed in a matter of seconds close to real-time. This ability makes businesses agile, allowing them to run operations in a timely manner without failure of funding.  Records kept by one central authority are vulnerable to misuse or hacking. Cryptography makes it quite difficult for hackers to penetrate the chain and tamper with data.

Blockchain’s ability to be used as a privacy tool is present in its nature. It is a decentralized technology that is also a digital ledger that tracks, records and verifies all transactions. Since there is no central location where data is stored there is also no single point that can be used for attacks. Users are able to digitize their assets such that they cannot be duplicated without permission. You are still able to trace the source if you want to. All immutable records are stored and disseminated to every user and every user has their own private cryptographic key.

According to Darryn Jones, the Vice President of Business Development for the Greater Phoenix Economic Council (GPEC) there are three blockchain privacy features that are truly beneficial:

One of the platforms that companies can use to ensure that they enjoy the benefits of blockchain technology is QURAS.io. QURAS is a ‘Privacy 2.0’ protocol that enables private transactions through the use of public smart contracts. Users are given the option of choosing their privacy level for all types of transactions. Only the involved parties can view transactions. The smart contract stays on the public QURAS blockchain.

It is yet to be seen, but QURAS may very well be a catalyst for the adoption of blockchain technology given the protocol’s transaction ability to remain mindful of regulatory compliance. Through this protocol, businesses have an opportunity to maintain transaction privacy while creating value and improving efficiency. When asked about the future of money, Shigeki Kakutani, CEO of QURAS, responded by saying “I believe that the time will come when people will become ATMs and they will have the ability to freely make instantaneous transactions privately and securely.”

There are other blockchain platforms that are also pushing the efficiency agenda forward. One such company is Hyperledger Fabric which hails from the Linux Foundation and has received contributions from IBM and Intel. It is a modular blockchain framework that is seen as a standard when it comes to enterprise blockchain platforms.  All the transactions are confidential and performance is at scale thus ushering in the era of trust, transparency, and accountability.

Another unique platform is Corda, which is an open-source blockchain platform built for businesses to transact directly and enforcing strict privacy thanks to smart contracts.

Blockchain technology is here to stay and a potential disruptor to the traditional financial system that has thrived during the age of globalization over the last century. A recent Bloomberg article cited a report last month published by JP Morgan that stated “2019 will be remembered for the rise of digital money” and “the groundwork is now in place for more mainstream adoption of blockchain technology.” This showcases the embrace that some major financial institutions already have, while others are taking a wait and see approach.

The real question is how and when will broader blockchain adoption take place in the financial sector and how will it change with the lives of banking customers? Only time will tell.