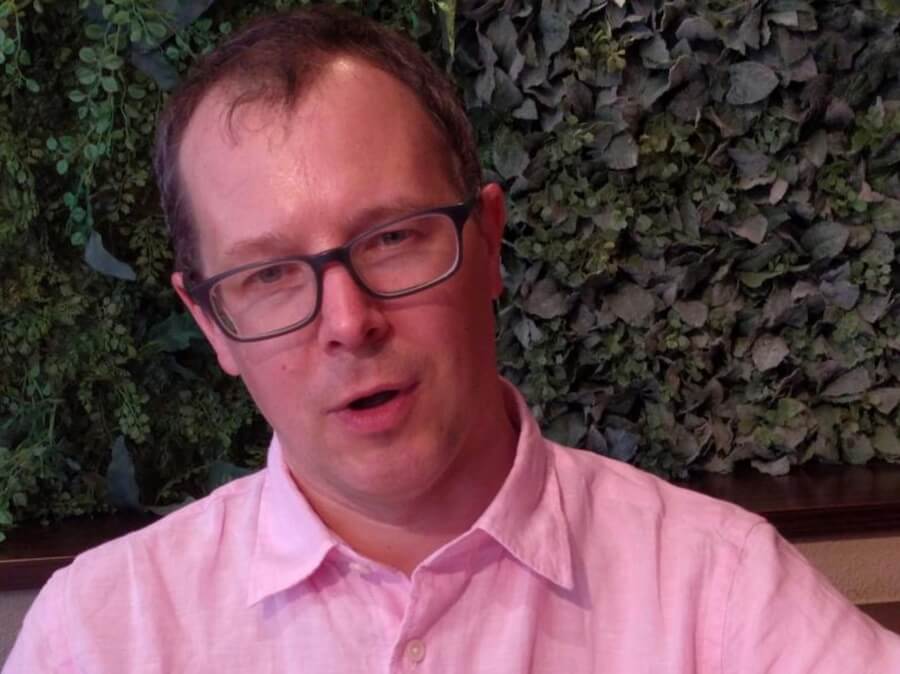 Edmund Edgar built the world’s first smart contract oracle in 2012, and has built blockchain-based systems for both private and public networks for a range of clients including the Tokyo Stock Exchange.

Hello Edmund, could you please tell us a little bit about who you are, and a brief history about your career for our readers? What’s your story?

So I moved to Japan in 1997, did a couple of years of teaching then did some development and devops, then some security-related consulting. Then I set up a business in 2009. We were working on e-learning systems in virtual worlds for a while, but I gradually got sucked into Bitcoin. I heard a talk by Mike Hearn about smart contracts, and how they would need some kind of source of truth – an “oracle” – to settle with. Nothing existed at the time, so I built the world’s first smart contract oracle, Reality Keys, which was designed to work with Bitcoin. Once Ethereum shipped it obviously had huge potential and made everything we’d been fighting with much easier, and that’s where our current project lives.

While this was going on the whole area of blockchains and smart contracts started attracting a lot of attention, and we built systems for a few different clients here in Japan, including the internet company GMO and the Tokyo Stock Exchange.

What have you done as an academic that has helped you to begin with blockchain development?

So I studied philosophy at Oxford before I came to Japan – it’s a way of thinking that serves you pretty well, the blockchain world is this fascinating combination of different disciplines, and you need to be able to take very general human problems, and translate them into rigorous logical steps.

I have seen your promising Ethereum initiative Reality.Eth, can you please tell us more about it?

So the goal is that anyone – a person or a contract – can ask it a question and, provided the answer is known to other people and somebody cares – get the right answer to it. So whereas other oracle projects like Chainlink start by assuming the information you need already exists on a website somewhere and needs to be brought onto the chain, reality.eth actually creates the information on the chain, and incentivizes correct answers.

I’m assuming the launch of your platform didn’t go well as you expected, what did you learn from it and what are the things you’ve done to take it to the next level?

Oh, I think it went pretty well, we didn’t create a lot of buzz but we weren’t really aiming to. We don’t have a token, we’re not trying to raise a lot of money, we just wanted to ship useful code and get it running, then get it to the people who need it.

Ideally you want to grow these projects slowly, see how they work in practice and gradually let the amount of money resting on them increase, and that’s how it worked out. We anticipate that most users will experience reality.eth in the context of some other application that integrates with it, and we’ve seen integrations with a few great projects including the Gnosis Conditional Token framework, which powers the Omen prediction market.

What didn’t go as planned was that we’d been anticipating that the system would need a centralized role – a consortium of companies that would provide an “arbitration” service – and we planned to take part in such a consortium and use that to make money. But decentralized systems like Kleros worked much better and much sooner than expected, so we no longer need the trusted party part. So the business model didn’t go to plan, but the project worked better than we planned, which is a pretty great way to fail.

What’s your thoughts on scaling ethereum for the better, considering the ‘sometimes-insance’ transaction fees and lag in transaction approvals?

It’s getting pretty bad – I think of it like smog in a developing country; It’s a sign of something good happening, there’s lots of economic activity happening, but in itself it’s a very bad thing. This is pretty much what we expected to happen, so Reality.eth is optimized to keep gas costs very low. However, Reality.eth is usually used by other decentralized applications, and gas needs to be low enough for them to work as well as us.

In the short term I think the usage will just have to go to other systems; I don’t have a strong opinion about whether these will be Ethereum layer-2 systems or simply separate chains. For now we’re deploying to whatever our users ask us to deploy to, which right now means XDai.

You must have seen the exponential growth in popularity of DeFi projects, what do you think of DeFi in general and the on-going craze in that particular sector of cryptocurrency?

There’s definitely a lot of great innovation going on, and people are building some of the tools that we’ll need to create a meaningful decentralized financial system. However, as it stands there’s not much actual engagement with the real world; You can “borrow” and “lend”, but that’s not connected to the real economy, you can’t really borrow to buy a house, or lend to start a business. I’m personally staying out of defi until I can see value being created that isn’t just a zero-sum game.

What’s your plans for the future of Reality ETH?

So the immediate priorities are to deploy to XDAI, and any other L2 networks where people think it will be useful. We also want to expand wallet support, as our dapp was designed for MetaMask but this is now non-free so we want to offer more options.

In the longer term we’re working on the “subjectivocracy” concept using a forking token to manage multiple versions of a ledger, which can secure you against inaccurate arbitration. We’re now looking at this in the context of Layer 2, where it may also be able to help with governance.

What do you want to be known for, especially considering your ideas to help the ethereum network?

Mainly I hope we made great free software that helped people get useful work done.

As an experienced developer and entrepreneur in the blockchain industry, what’s your advice to those just getting started with their projects?

More details about Edmund can be found at: https://twitter.com/edmundedgar