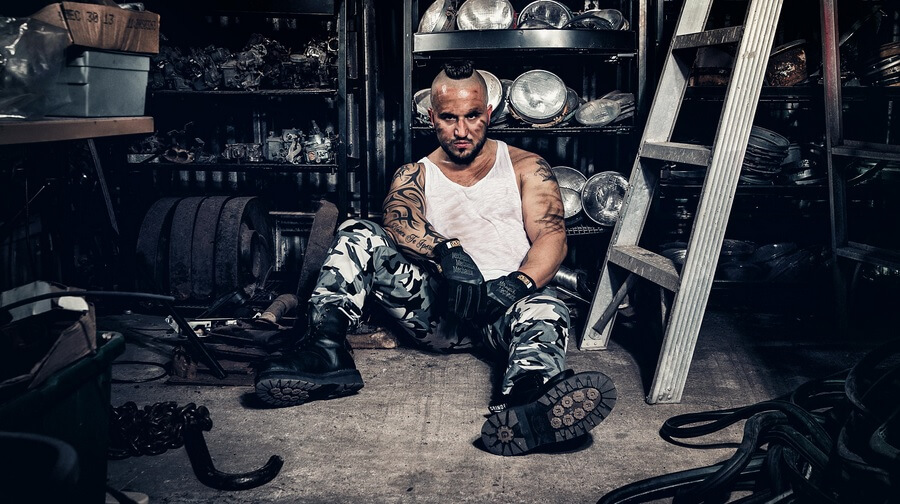 Hello Pavel, welcome to Startup Fortune. We are glad to have you with us today. Could you please tell us a little bit about yourself and your background?

I am originally from Moscow, Russia. I moved to the USA just to become a professional wrestler. Was totally following my dream. I have been living here in the states already for about 13 years. Proud to say that I became an established professional wrestler and now also pursuing a career in acting.

What inspired you to become a wrestler?

While growing up in Russia, we did not really have professional wrestling developed there. That sport was not popular, people did not understand it.

From an early age, I showed interest in playing with the superheroes action figures, thinking that I was one of them. Also I was trying to self study different martial arts. But nobody really thought that I would become a professional athlete one day.

I remember one day my Mom called me from another room while she was watching TV. She said look at what is going on there on TV. There were different fights where big guys were hitting each other with the chairs, tables, and thousands of people were watching it in the arena. That was the first time I saw professional wrestling. The whole entertainment aspect totally caught me, the huge entrances of the wrestlers, storylines made me fall in love with it. At that moment I understood that I want to become one of those guys from TV.

Can you tell us something about your training(s)?

I was training in kickboxing in Moscow and when I moved to the states I started training in jiu-jitsu, Judo, and different self-defense systems besides being a  professional wrestler for about 11 years already.

While training at the gym every day I practiced different martial arts as well.

How would you describe your journey from Russia to America?

I was not moving to America for a “better life” I simply was following my dream. If the center of professional wrestling was on the North Pole I would move there without any doubts. This journey was not easy. But if it was easy everybody would do it, right? The process, the decisions I made on the way and all the roadblocks  were very tough. But I am glad that it was that way, it built me and made me tough.

What were the challenges that you faced in America?

With no relatives in America, friends, poor English and not enough money to survive in a foreign country I decided to still jump into the unknown and to follow my dream.

I accepted every challenge as it was one step up on the ladder towards what I wanted. I visualized my goal and simply was headed towards it.

According to you pro-wrestling has story-telling and over-the-top characters in addition to the fighting. Please bring some more light to this aspect.

Professional wrestling is a storytelling sport. The wrestlers “tell the story” with their bodies in the ring. By “ telling the story” I mean the specifics of the matches. Every move is supposed to mean something. “Evil” meeting “Good” in the ring. Bad guy against a Good guy.

Professional wrestling has an extremely high physicality. To succeed in pro wrestling  you should be a great athlete.

You are an actor as well. How do you choose your roles?

I have an agent who is working with me and helping me to get the auditions. I have my “type” of roles that I am getting, I developed and evolved that niche.

Do you think that being a Russian you are offered some stereotypical characters to be played?

With being a Russian, having a Russian accent, it’s automatically putting a kinda “badge” on me to play a “bad guy” in the movies. I knew about that from the beginning. I am a “bad guy” in wrestling either when I created my “Victor Romanoff” persona. Hollywood and wrestling business are filled with lots of stereotypes. In my opinion, if something works already really well for many years, if people can connect with it and it brings money why should I change it. I just want to be the “best bad Russian” in Hollywood then.

What inclined you towards acting? 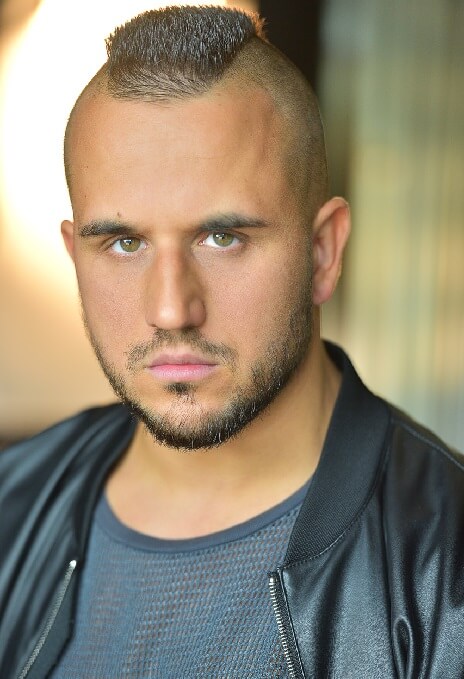 In 2013, I decided that I would like to get more  experience in front of the camera, to get some acting skills for my pro wrestling career and I was sure that being a muscular guy with a “tough look” could help me get so many roles in action movies. But little I knew about acting at that time. I understood quickly that my look, muscles are not really the essential tools to be a successful actor. A good acting education is the main factor in becoming a good actor. From that point I started studying for many years.

Who do you consider your Guru/teacher in wrestling and acting?

I received my initial pro wrestling training in Atlanta, Ga. My first trainer was “Total Protection” Mr. Hughes, former WWF/WWE superstar. I was there for about 2 years and after that I decided to extend my wrestling knowledge and moved to Orlando, Florida.

I started training there at the Team 3D Academy under the guidance of the famous WWE tag team and a current WWE Hall of Famers Devon and Bubba Dudley (Team 3D). Devon, Bubba and Team 3D’s conditioning coach and a creator of the American’s Gladiators show Dann Carr gave me tremendous knowledge and changed me as a wrestler. They prepared me not only for the fights in the ring but to build my career outside of the ring either.

I currently also train in North Hollywood, Ca with the legendary Hayastan MMA team. Training in Judo with the famous Gokor Chivichyan and preparing for all the future wrestling opportunities with my conditioning coach Arthur Chivichya. I am grateful for their help now and I can say without any doubts that I am in the best physical shape I have ever been.

I received my initial acting education in Orlando, FL when I was studying in the Truthful Acting Studios. I moved to Los Angeles, Ca to follow my acting career in 2017. I enrolled in unfamous Playhouse West there to continue my education, studying the Meisner program there. That school absolutely changed and opened me up as an actor. I am still studying there and truly believe that it is supposed to be an ongoing process.

How do you find a balance between acting and wrestling?

It’s pretty easy beating guys in the ring and in the movies and being a bad guy. Haha

But all the jokes aside, it all goes “parallel” for me, acting and wrestling balance each other for me and make me a better entertainer.

What is one advice that you would like to give to upcoming talents?

Do not stop pursuing your dreams. Ever.

It could be extremely hard sometimes and you will probably be ready to throw everything away and just step aside. Lots of people can tell you “no” even your close one who you love. Do not let anybody or anything stop you from doing what you want and dream about. Work hard. Work harder than your competition. Think one step ahead and you will be successful.

More information about Pavel Kozlov could be found on his website: www.kozlovpavel.com