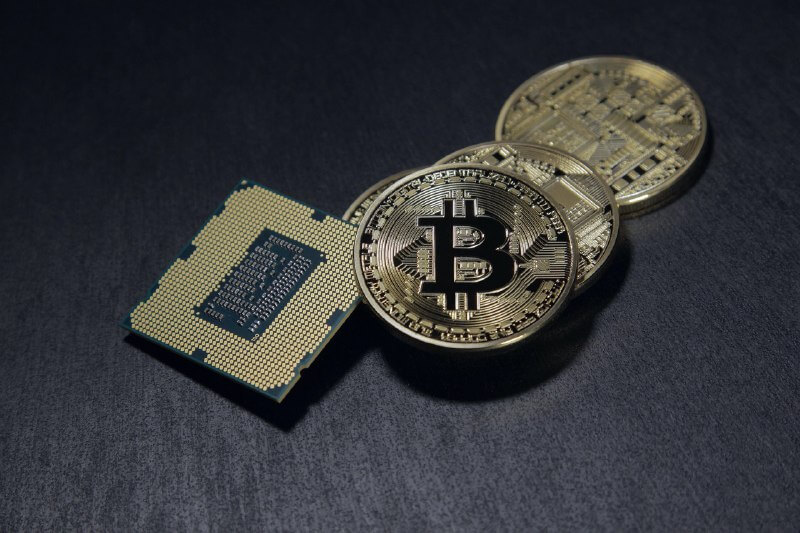 Just last month, the United States congress debated over the creation of a “digital dollar” as a digitized form of the fiat dollars that would be backed by the Federal Reserve, the U.S. central banking system. As trillions of dollars in stimulus have flooded the United States economy over the last 5 weeks, the debate over unlimited federal spending and its long-term effects on society wages on. And many blockchain and crypto currency experts have weighed in suggesting that there hasn’t been a better time than the present to push for adoption of existing digital currencies, such as Bitcoin.

As the most well-known digital currency, Bitcoin has seen renewed interest thanks to the global pandemic, and it recently gained over 100% since hitting it’s 52-week low on March 13th. Since Bitcoin operates much like a commodity and enables a system of digital transactions, it has been called ‘digital gold’ by many. However, given its volatility since inception in 2009, Bitcoin has been seen as quite a risky asset in comparison to most traditional assets, including the U.S. dollar.

Can Bitcoin serve as the digital currency of choice by the masses?

The answer is unclear, but it has without a doubt made a significant impact as a ‘Founding Father’ of the $220 billion digital currency market. The pros and cons of Bitcoin are well documented. Weighing favorably, Bitcoin is the most transparent financial payment network in the world, allowing for global peer-to-peer transactions without intermediaries. As ‘programmable money’, Bitcoin is cheaper and faster than traditional banking services, can be spent in the same was as ‘traditional’ digital cash, and is can have rules implemented that authorize transactions.

On the downside, Bitcoin has no regulatory oversight (which may be considered a pro by some) and its value against traditional currency, like the U.S. dollar, has been very volatile. And given that all transactions are public, traceable, and permanently stored in the Bitcoin network, consumers and businesses that require transaction privacy are out of luck. In addition, since Bitcoin is immutable, transactions cannot be undone, causing worry over a lack in ability to process refunds or chargebacks as a standard function of Bitcoin itself. Lastly, Bitcoin is seen by many as ‘anti-establishment’ even though it can be complimentary to existing fiat and digital payment measures we have in place today.

A few other currencies to watch

There are other cryptocurrencies that show promise and may serve as the catalyst for crypto adoption. Surprisingly enough, regulatory pressure from some governments and central banks are pushing cryptocurrencies to adopt privacy-focused capabilities while being able compliance with government regulations. Perhaps the best well-known privacy coins are Monero and ZCash.

Both are among the top 30 cryptocurrencies globally from a market cap perspective and they have varying levels of privacy features. Monero uses a combination of stealth addresses and a privacy technology called Ring Signatures to make sure transactions cannot be linked to a single address while making transactions virtually untraceable. While ZCash uses Zero-Knowledge Proof technology to shield transacting addresses once the are recorded on the blockchain. However, both Monero and ZCash are privacy-centric cryptocurrencies that are strictly used for payments and do not have smart contract functionality which may limit their mass adoption potential.

One of the most promising privacy cryptocurrencies that is launching this Spring is QURAS Coin, or XQC, on its own blockchain protocol is QURAS. QURAS is the world’s first public blockchain that allows toggled private transactions in public smart contracts. Unlike any other privacy-focused protocol, QURAS uses a combination of both Ring Signature and Zero-Knowledge Proof to allow individual users and businesses to select the suitable privacy level for any transaction purpose.

This ‘best of both public and private worlds’ blockchain gives businesses the opportunity to use blockchain for transparency, trust, and efficiency gain while protecting confidential information, something that has touted as a major barrier for enterprise adoption. In addition, with the combination of the two privacy technologies, QURAS users can adopt a digital ID that allows for greater compliance with regulations as well as real world use cases that require verifiable identification that cannot be tampered with or manipulated.

Upon the launch of QURAS’ main network next month, XQC will be accepted as a form of payment in over one hundred retail stores in Japan. Once that occurs, XQC will be the most widely accepted cryptocurrency as a form of payment in the entire country, second only to Bitcoin itself. In order to be a viable cryptocurrency as a means of payment, speed and scalability are essential. That’s why QURAS has been built to handle up to 1,000 transactions per second.

When asked about the delicate balance between privacy and transparency when it comes to blockchain and cryptocurrencies, Shigeki Kakutani, Founder and CEO of QURAS, said “Privacy is a valuable commodity and I want to give users the choice of either open or anonymous transactions while adhering to their both business and regulatory compliance as necessary.” Shigeki and his team see major industry adoption on the horizon as QURAS can offer wide-ranging applications built for medical data sharing, retail, gaming, supply chain and traditional finance.

Steering Towards Fiat Alternatives of the Future

As society continues to go digital in more ways than ever during the pandemic, it may lead to a cryptocurrency adoption unlike anything we’ve seen to date. Decreasing trust in traditional banking and the greater financial system by millennials coupled with ever-increasing cashless payments and comfortability with digital currencies makes the present a ripe time to see fiat alternatives come into play. While privacy, security, and volatility are all key concerns of many, every single major organization – from national governments to the Fortune 500 – either have looked or are looking at how blockchain and cryptocurrency can affect their operations and business affairs.

The table is set for these serious conversations to move forward. Only time will tell where they will lead us.