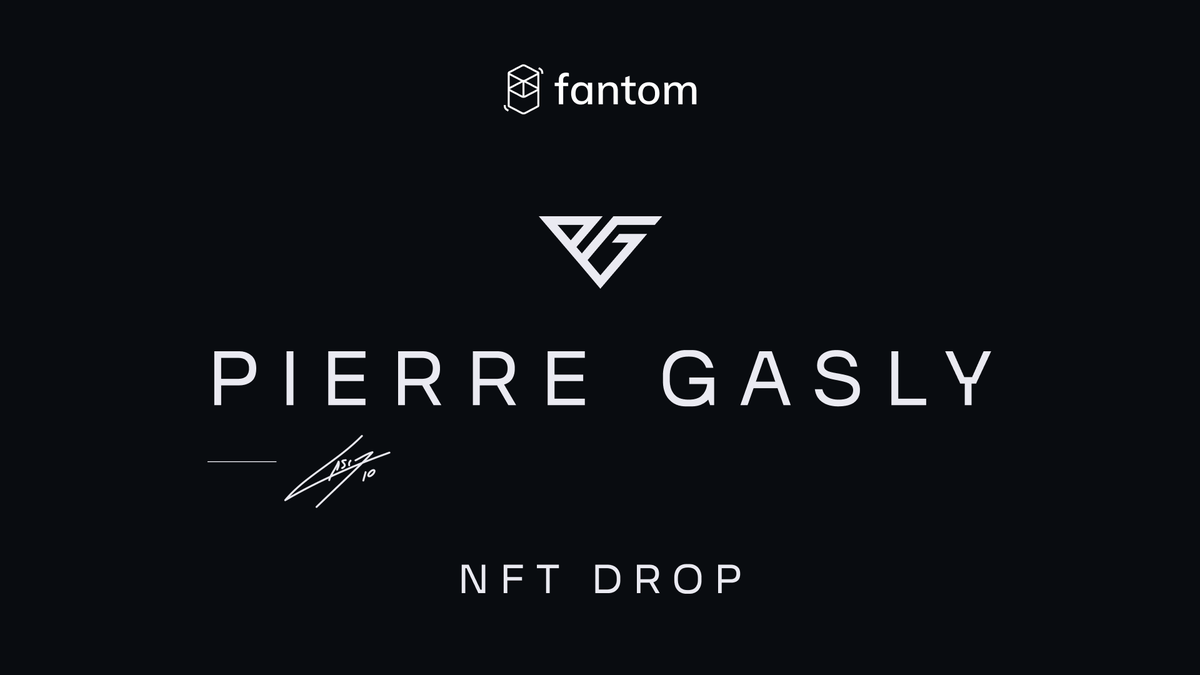 The Fantom Foundation, the team behind the breakthrough Fantom blockchain, has partnered with Grand Prix-winning Formula 1™ driver Pierre Gasly to drop a set of exclusive NFTs on the Fantom NFT platform Artion. The sale, which features NFTs commemorating exceptional moments in Gasly’s career, will mark the first-ever release of an NFT collection by an F1™ driver.

The announcement confirms how quickly Artion is being adopted in a red-hot and extremely competitive NFT market. Launched just weeks ago, Artion has attracted artists and collectors keen to take advantage of Fantom’s many benefits. Transactions on Fantom’s blazingly fast blockchain complete in approximately 1-second, and fees remain consistently low, no matter how much traffic is on the network. Minting costs on Artion are a flat 1 FTM.

Beyond all this, Artion users have much to look forward to: On social media, Fantom developers have described an ambitious platform roadmap that includes the integration of an NFT bridge for the seamless transport of NFTs between the Fantom and Ethereum blockchains.

The Pierre Gasly NFT drop will mark the first special event on Artion, and anticipation for the sale, which goes live at 2 PM on October 20, is at the boiling point.

F1™ is, of course, the fastest growing sport in the world, and across its global fanbase, Gasly is a popular driver. At just 25 years old, the Frenchman has earned three F1™ podium appearances and is racing team Scuderia Alpha Tauri’s all-time highest point scorer. The motorsport star has additionally been voted “Driver of the Day” numerous times by ardent F1™ fans.

Off the track, Gasly is known to have keen interests in crypto. As he stated, “As some people know, I am a crypto enthusiast, and NFTs are a topic that has excited me for many months.

We’ve been planning this NFT drop together with Fantom for quite some time now[…]. We’re really curious to see fans’ reaction to this first drop as we already have many more ideas brewing.”

Gasly’s drop on Fantom will include four NFTs redeemable for one-of-a-kind experiences and exclusive merchandise like opportunities to meet Gasly on a race weekend, signed helmets, and racing caps.

Visit the Fantom blog for more information about the sale and item descriptions.