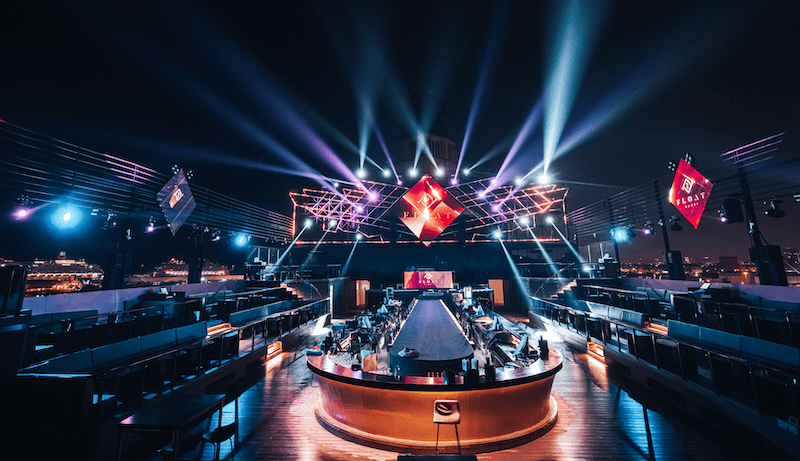 Dubbed ‘Float Dubai’, this record-breaking venue is set to bring Queen Elizabeth II into the twenty-first century while offering a one-of-a-kind environment that captures the energy of the past and transforms it into a modern venue that comes fully integrated with the latest and greatest emerging technologies.

Queen Elizabeth II is the first hotel on water in the city of Dubai, and now it is set to bring another first to the rapidly advancing city by offering a unique atmosphere that is unmatched across Dubai and around the world.

Thanks to backing from ICICB Group, one of the world’s fastest-growing multinational investment holding companies and Charisma Management, a hospitality management company that develops, owns and operates successful nightlife venues as well as producing concerts and events, Float Dubai is well-positioned to become the most technologically advanced club in the world through the integration of digital and blockchain technology.

Located at Port Rashid, Float Dubai features an outdoor venue capable of hosting 1000 people on the highest deck of Queen Elizabeth II as well as a lounge on the lower deck where patrons can imbibe their favorite cocktails and enjoy a night out with old friends and new acquaintances.

With hours running from 10 pm to 3 am on Thursday, Friday and Saturday nights, Float Dubai looks to specialize in offering guests world-class entertainment by featuring some of the best local DJs as well as world-renowned artists and musical performers.

The main floor on the club includes a mix of high tables capable of hosting up to four guests as well as bigger booths that offer an excellent view of both the stage as well as the iconic skyline of Dubai as its backdrop.

Entry into Float is always free, while those wishing to get the full Float Dubai experience can book a table as long as they meet the minimum spend requirement.

On top of world-class musicians and DJs, Float also offers an extensive dinner menu featuring dishes from around the world such as authentic Japanese sushi and sharing platters featuring Latin and Pan-Asian cuisine.

For those who are tired of the same old scene and looking for something new to spice up their nightlife, they may want to highlight October 14 as a night to not be missed as Float Dubai is set to become the premier music and dancing destination in the City of Dubai and a must-go destination for travelers and locals alike.