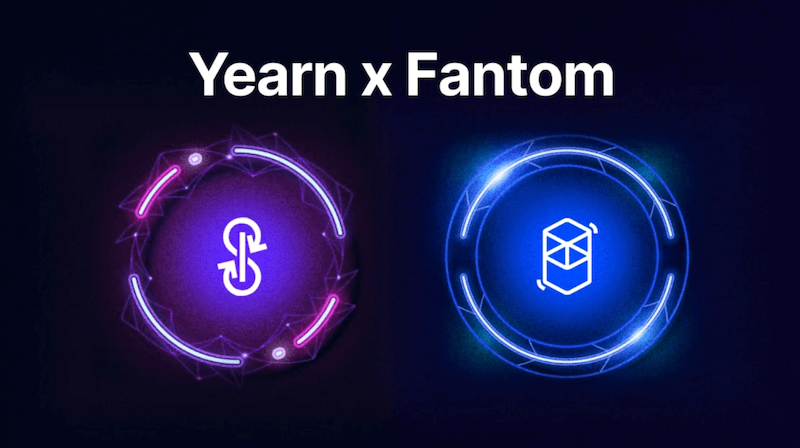 In the crypto world, NFTs may be getting all of the attention, but the Decentralized Finance sector has been keeping pace with explosive growth of its own. According to blockchain statistics aggregator Defillama.com, the total value locked (TVL) in cryptocurrency-based financial services is $210.5B. This number represents almost 1000% growth since January 1 this year, when TVL hovered near $21.4B.

The DeFi space is evolving as quickly as it is growing. In the many social media posts and announcements that circulate daily, one recent tweet, in particular, offers hints at what we might expect in the future. On October 7, 2021, the popular DeFi protocol Yearn Finance tweeted an announcement reading: “Today, we go multichain with the launch of Iron Bank Fantom and the first Fantom vaults.”

To date, Yearn has offered services solely on the Ethereum blockchain. The addition of Fantom both signals a broader movement in DeFi towards next-generation blockchain protocols and validates Fantom as a leader in the space. It is notable that the renowned Andre Cronje is both the founder of Yearn and a member of the Fantom core team. Cronje is a luminary in DeFi and has played an important role in bringing Fantom to where it is today. With a TVL of $5.31B (at time of writing), Yearn becomes the second major DeFi protocol to integrate Fantom this year, the first being CURVE, which holds the top spot among all projects with a TVL of $15.96B.

DeFi protocols turn to Fantom with good reason. Foremost, it is by far the fastest blockchain in the industry. Transactions on the Fantom network complete in approximately 1 second, with consistently low transaction fees. This, combined with Fantom’s EVM compatibility, has drawn numerous developers to the rapidly growing blockchain.

The platform has moved from strength to strength this year, and the numbers prove it: as of October 8, 2021, there are 861,489 unique wallet addresses on the network, versus 113,326 at the beginning of June. Since September 1, the network has averaged 1.10M daily transactions, surpassing Ethereum on certain days. Through even periods of much higher than average traffic, network performance has remained constant with no sign of slowdown or spikes in gas fees.

On the ecosystem side, projects have been proliferating. To cite just two examples: The Fantom Foundation itself recently launched Artion, a commission-free NFT platform that is rapidly attracting artists and buyers eager to take advantage of minimal minting fees and low transaction costs. On October 5, the anticipated DeFi lending platform Geist launched and, in three days, posted an astounding $11.5B in TVL.

The Fantom Foundation has hinted at much more to come, including a major remap of the Fantom wallet to help users access opportunities across the DeFi space and a groundbreaking Ethereum-Fantom NFT bridge. Clearly, Fantom is a project to watch in the months ahead.