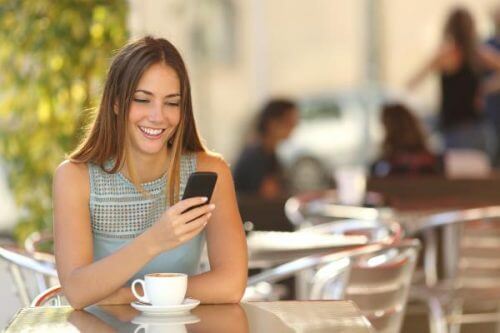 Samsung manufactured the first cell phone with a built-in camera. The Samsung SCH-V200 was released in South Korea in June 2000. The camera had a 0.35-megapixel resolution per picture, and the pictures could only be accessed by connecting the phone to a computer. The camera and the phone were separate devices housed in the same body.

Some argue that Sharp released the first real camera phone in November 2000. The phone camera produced 0.11-megapixel resolution per picture, and pictures could be sent electronically. The phone and camera acted as one device, hence, the argument.

After this came the $400 Sanyo SCP-5300 in 2002 with basic flash, white balance control, self-timer, digital zoom, and basic filter effects. By the end of the next year, camera phones were in vogue, with over 80 million phones already sold all around the world.

Over the years, up till now, phone brands have been in a competitive race in phone camera qualities. There’s always a battle of megapixels, resolutions, special features, and how best they can be produced. The major players are Sony, Samsung, Nokia, Huawei, HTC, and LG, among others.

Today, we are a period where the kit bag digital cameras don’t usually stand a chance against the best camera phones when it comes to delivering results. These pocket-sized horsepower phones make taking great clear pictures and videos at any time, place, or whether without having to fiddle with camera lenses before getting it right. This encourages the thought of what phone has the best camera today.

Today, Google Pixel 4 XL is the relatively the best overall Android camera on the market. This position is primarily based on the devices’ ability to capture beautiful photos in every situation without involving any tweaking, guessing with settings, or edits after capture. Its limitations are that it doesn’t have the wide-angle camera which many others have.

The limitations are forgotten about when the primary camera is used. Another interesting option for buyers with a budget is the Google Pixel 3a, which almost matches with the Pixel 4’s camera quality for hundreds of dollars less. I could say it is the best budget camera phone.

The Galaxy S20+ has also been deemed a major competitor on this table. More versatile than the Pixels, the device has improved features such as improved zooming, an ultra-wide camera, and wide-reaching software that come together to produce more shooting options. It costs much more than the Pixel 4 XL, though, and ultimately doesn’t attain its incredible heights of photo quality. In essence, its low light capture, though much improved, isn’t as good as the Google Pixel.

Both the S20+ and the Pixel 4L come with cutting-edge camera hardware but are different in some areas. The Huawei Mate 30 Pro features a primary camera with a 40Mp Quad-Bayer sensor and an f/1.7-aperture lens. It comes with a 3xtele-module and an ultra-wide camera with a very large (1/1.54″) sensor and a lens with an 18mm-equivalent viewing field.

The Xiaomi Mi CC9 Pro manages to top the Huawei in terms of camera modules, with a total whooping number of five. The primary camera with a 108MP Quad-Bayer sensor produces 27MP image output. Then comes the 20MP ultra-wide camera with a 16mm-equivalent field of view, and not one but two Tele lenses: a short telephoto which provides a 2x zoom factor (50mm equivalent), and a long telephoto that multiplies the primary camera’s equivalent focal length by approximately 3.5 (94mm-equivalent). The device’s camera set also comes with a superb macro camera that completes the set.

Xiaomi was the first brand to begin the production of a camera phone with 108 megapixels, launching three smartphones with 108MP camera sensors. Samsung, who developed the megapixel sensor, and some others followed in these footsteps.

When 108megapixel camera phones are checked out, the Samsung S20 Ultra always finds itself on top of the list. This is probably because Samsung was the first developer of the 108MP sensor, and the phone merges a cluster of 9 pixels into 1 pixel, compared to the 8-to-1 quad-Bayer sensor.

Other notable camera phones with 108 megapixels are Xiaomi Mi 10 Pro and Mi 10, which, apart from the main 108MP sensor with OIS, the Mi 10 Pro has a 20MP ultrawide angle shooter, a 10x Hybrid Zoom camera and a 12MP 2x zoom camera that also helps enhance portraits.

Motorola Edge+ also has an impressive set of specs and features, which include 108MP primary rear camera and 6K video recording. The 108MP sensor is paired with an 8MP camera with OIS and Telephoto lens (3x zoom), a 16MP ultra-wide-angle camera, and a ToF sensor for depth mapping. Others are Mi Mix Alpha 5G and Xiaomi Mi CC9 Pro (Mi Note 10 Pro)

Today’s best budget camera phones are privileged by inheriting features from last year’s(or perhaps that of the year before) high-end handsets trickling down the product line. This has been the case for a while. Still, there have been some significant changes and technological developments in the last year or so.

In today’s market, it is possible to get an excellent phone with multiple back and front cameras for less than $200. Relatively cheap phones are now capable of taking daytime photos and are still perfect for street and travel photography.