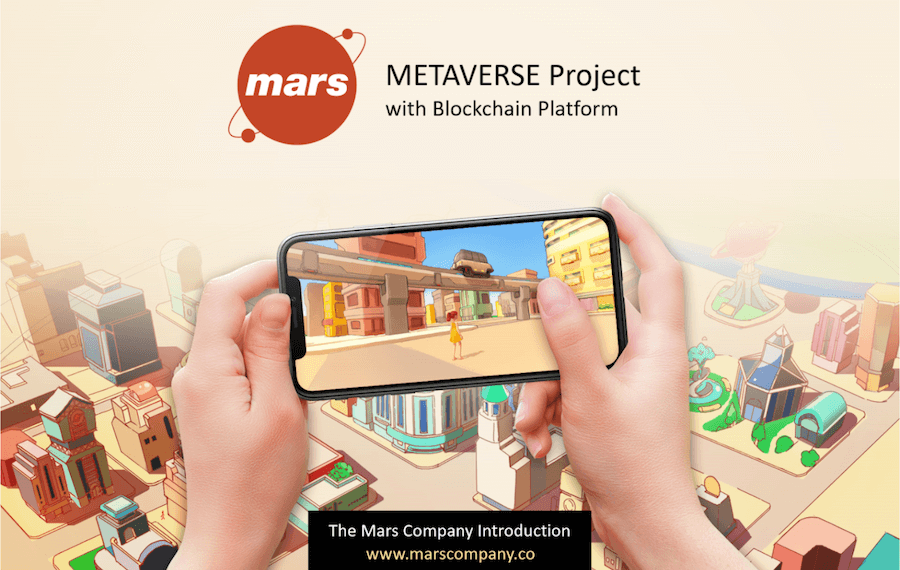 Technology is constantly evolving at a rate compared to the speed of light. One of the most recent additions to technology is the Metaverse. The term is not a new one, as it first came into light in 1992 when a novelist wrote a book about it and described it as a world: “where humans, as programmable avatars, interact with each other and software agents, in a three-dimensional virtual space that uses the metaphor of the real world.”

With the advent of smartphones, the boundary between online and offline is hastily breaking down. Moreover, due to the development of Augmented Reality (AR), Virtual Reality (VR), and computer graphics technology, it is not easy to differentiate between digital and actual life. Metaverse is the predicted platform for the future of business. Its application, much like the internet, is emerging strong. Some metaverse projects are being indexed at the stock exchange market already!

The Mars Corp., based in South Korea, is developing its Metaverse platform where everyone can make their dreams come true. The company successfully launched its mining app known as the MRST Mining App in December 2021. So far, The Mars has recorded significant milestones; The company’s NFT project, The Martians NFT, was ranked #1 on the Polygon chain at OpenSea.io, with around 700 sales in just 2 minutes, using the dutch auction sale method. Also, as of February 2022, there were more than 500,000 global subscribers on the mining app, especially in South Korea, Japan, Indonesia, and the Philippines.

Human migration to the planet Mars has been a tale told over the years. The thought of the planet brings about curiosity to the Human race on Earth. Interestingly, The Tesla CEO, Elon Musk, is carrying out a massive migration project for humanity to Mars at the moment.

The Mars project is built upon the Mars planet background to experience a first-class metaverse exploration despite the planet’s distance to the Earth. To make it unique, a small city called Colony, which can only exist in the Mars universe, is the most important part of the project. 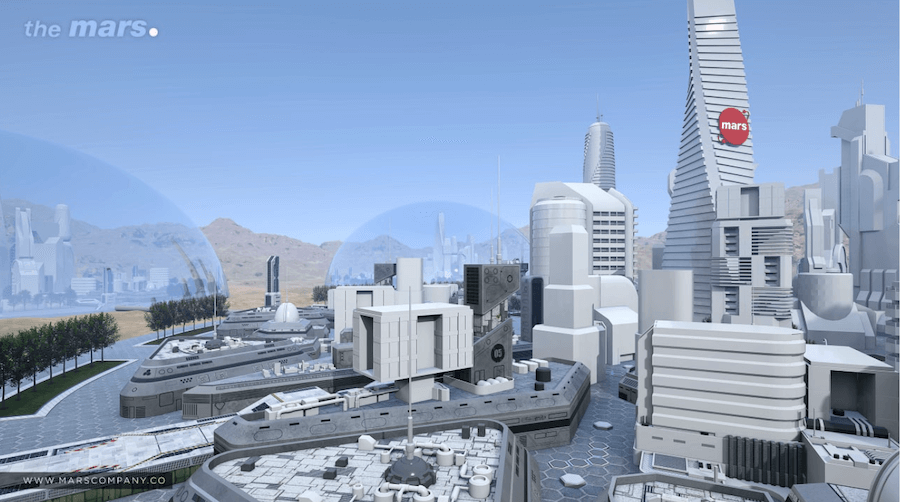 The Colony and its Application in The Mars Metaverse

The small territory known as Colony is about 1km in diameter, where users can buy land and build buildings. It is also possible to rent such land and buildings to interested users through a blockchain smart contract. In addition, the user can invite people into the house, and activities such as making music, chatting, and partying together are possible. It is important to note that the lands and buildings in the colony are purchased with the Mars token and can be bought or sold between users.

Once users purchase the building, they can customize the space for their taste and purpose, like a shopping center, a gallery, a party hall, a classroom, etc. Most notably, users can design their clothes or buildings through The Mars Studio software and then publish them as NFTs or sell their creations. It is also important to mention that The Mars Metaverse platform will use two tokens: MRST and PBOS. MRST (Mars Token) is the main token directly tied to the game economy based on the play-to-earn method. PBOS (Phobos Token), on the other hand, is the governance token that has no limit on the number of issuances.

The Gameplay and Avatar Features

The Mars intends to be a metaverse platform that emphasizes gameplay. Users can freely pursue various hobbies that are difficult in daily routines due to the limitation of time and space. A user can host sports leagues; play soccer or basketball with others. The MRST is a reward for game activities that users play. Also, as the metaverse platform expands, using “The Mars Game Creator” software allows third-party developers to make and release their games for reward as well.

Avatars are designed with charming appearances on The Mars. They aim to target the global market by imagining an avatar with a great personality and cheerful look. The casual character has the exact movements and expressions of the real-life character. All avatars have leveling systems. For example, In drawing, leveling is tied up with diverse brush types. Tool is one of the leveling sources to draw distinct forms of artwork style like oil paint, pastels, etc. In addition, “Battle of Colony,” where users between colonies can compete like the Olympics or the World Cups, is carried out by the avatars. They simply simulate real-life activities, provided they are programmed to do so.

The metaverse platform of The Mars is currently under development and aiming to be launched in 2023. Most items in The Mars Metaverse are NFTs, which can be traded with tokens. Users will also live in Colony and engage in many activities, such as games, hobbies, online business, Social networking, etc. Through these activities, they can earn tokens as a reward system.

About The Mars Corp.

The Mars Corp is an in-development blockchain metaverse platform with a purpose to ultimately launch on Android and iOS. The team has veteran game developers with over 10 years of experience in developing open-world MMORPG games, and the team is being advised by trustful advisors who have a high reputation in the blockchain industry.