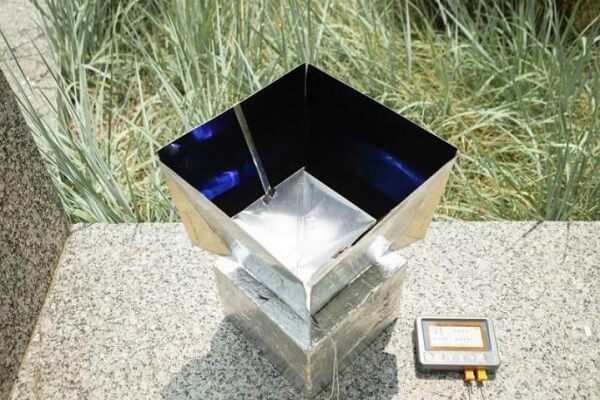 Researchers in the United States and Saudi Arabia have collaborated to develop an “air conditioner” that can direct heat dissipation, which can cool urban buildings without energy consumption. The system consists of an aluminum film coated with the “polydimethylsiloxane” polymeric material, which reflects sunlight and the polymeric material absorbs and dissipates heat from the air.

The Xinhua News Agency reported that the research published in the journal Nature and Sustainability shows that the device consists of an aluminum film coated with the “polydimethylsiloxane” polymeric material, which reflects sunlight and is high. Molecular materials can absorb and dissipate heat from the air.

The study was conducted in collaboration with researchers from the State University of New York at Buffalo, the University of Wisconsin-Madison and the King Abdullah University of Science and Technology in Saudi Arabia. They placed the film at the bottom of a box and erected four outwardly inclined “walls” made of solar absorbent material with inverted pyramids in the middle. The film absorbs heat from the box; The “wall” radiates heat from the film to the outside air while blocking the incident sunlight.

Researchers say heat radiation is usually in all directions, but the device can illuminate heat like car headlights to dissipate heat more efficiently in high-rise buildings in the city.