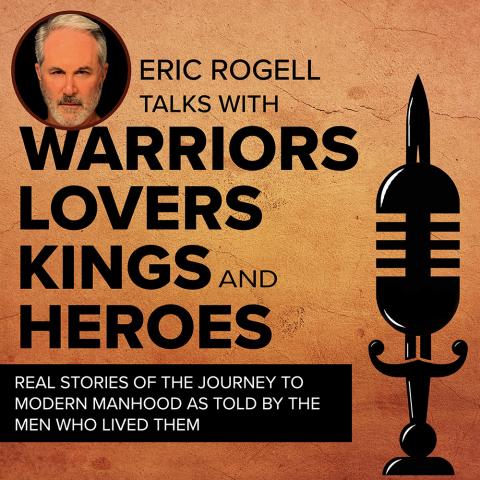 Notoriously recognized for his outspoken demands and tough demeanor, star of Discovery Channel’s “American Chopper,” and the founder of Orange County Choppers, Paul Teutul Sr. got raw and real during a recent interview.

Ft. Lauderdale, FL: Notoriously recognized for his outspoken demands and tough demeanor, star of Discovery Channel’s “American Chopper,” and the founder of Orange County Choppers, Paul Teutul Sr. got raw and real during a recent interview.

On the popular new podcast, “Eric Rogell Talks with Warriors, Lovers, Kings, and Heroes,” Paul Sr., known for his constant yelling and shouting demands for perfection on the now-canceled reality show, speaks openly on his life, his childhood, his relationship with his son, Paul Jr, and finally finding love late in life.

He speaks openly about growing up with alcoholic parents, as well as his own battles with addiction. He gets real about the tumultuous relationship with his son Paul Jr., that made headlines over the years, admitting how his intention to make life easier for his kids, instead bred a sense of entitlement, leading to a clash of expectations. “He’s my son. I love my son,” Paul Sr. confesses to Rogell, “but I don’t like him.”

Never one to settle for mediocrity, Paul Sr, explains why he has such a passion for perfection and demands the same excellence from his employees he has always demanded of himself. Perfect examples of this are reflected in his famous custom tribute bikes, such as the legendary POW/MIA Bike, The Fire Bike, and the recent Vietnam Veterans Bike.

With limitless energy, Paul Sr., who just turned 70 this year, has no plans for retirement, and works equally as hard on his other passion, The OCC Foundation, which helps to raise money for charities such as Make A Wish and Iraq Star. In this interview Paul Sr. shares heartwarming stories of spontaneously honoring the last wishes of two terminally ill fans. “I think you always have to remember where you came from,” he said about his duty to give back to others. “I think you need to be humble and stay true to who you are.” This is a side of Paul Sr. few get to see.

About Eric Rogell Talks to Warriors, Lovers, Kings, and Heroes: WLKH is a weekly podcast hosted by journalist and best-selling author, Eric Rogell, where guests share stories of their personal journey to modern manhood. Stories of challenges faced and overcome. Stories of the insights, lessons, struggles and victories they achieved on the way to becoming the men they are today. Episodes can be found on major podcasting platforms. WLKHpodcast.com