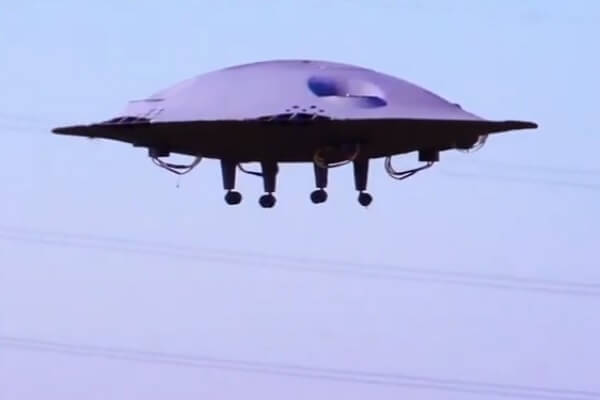 For many decades, UFOs were more a chimera of the mind of a science fiction filmmaker than anything else. But now, Romanian engineers Razan Sabie and Iosif Taposu managed to create a flying object in the form of a flying saucer. The name given to this device is ADIFO, whose acronym means Object flying in all directions.

It has propellers that allow it to take off and land properly. In turn, it has a propulsion system in the rear that makes it accelerate. If we combine the two things, we realize that the dish is so maneuverable that it is possible that it even turns around.

As for the possibility of creating a UFO of this type with dimensions similar to those used in science fiction, the creators are cautious: “It would be a revolutionary new flight paradigm.”

ADIFO can not only fly, but it is also useful to the extreme because it can take any direction through its design. In addition, it is extremely manageable because its dimensions do not exceed one meter in diameter.

“The aerodynamics of this aircraft is the result of more than two decades of work and is very well argued, confirmed by computer simulations and wind tunnel tests,” says Razan Sabie. The flying device works in a manner very similar to that of a drone and, to develop it, its creators have spent years working. For their creation, they were based on the posterior cross section of the body of a dolphin. It has also been tested in the wind tunnel.